The holidays can seem even more stressful if you're working and your kids are out of school. Learn tips for choosing a child care centre for vacation care.

Science has long been a big part of society, but as the world moves towards more and more advanced technology, increasing numbers of careers require scientific literacy. And, with any skill or area of knowledge, the earlier the start, the more of a grasp a child will have on it.

Since everyone wants their children to have a great start in life and a bright future, you might be realising the importance of raising a little scientist. But that can be easier said than done, particularly if you don't come from a scientific background yourself.

Figure out what interests them most

One of the most important steps you can take is finding out which areas of science appeal to your child the most – and there's guaranteed to be at least one. Are they a dinosaur fan? Fascinated by outer space? Perhaps you have a budding engineer who's interested in building things and discovering how everything works. Whatever it is, isolate it so you can nurture that spark of interest and use it to help them think scientifically.

There are lots of scientific toys on the market, from toy dinosaurs and building blocks to chemistry sets and telescopes, so there's bound to be something that your child will love. But leaving them to it isn't the most effective way for them to learn. Play together, challenge the way they do things and encourage them to experiment.

Whatever you're doing, ask your child questions often. This is probably the most effective way to teach them the skills of critical thinking and scientific curiosity. Find out what they think about things in the world around them, ask them their explanations for things and, most importantly, ask them to explain how they reached their conclusions.

There's a whole world of possibility when it comes to places you can visit to get a child's scientific imagination going. Museums, planetariums, research institutions with visitor centres – these are usually fun, interesting places for a day out. That said, a simple walk in the countryside can be just as rewarding, particularly if you get your child interested in wildlife, plants and the world around them.

Thanks to people's fascination with all things scientific, there's almost always a documentary on one channel, somewhere. It's a great way to really bring things to life for your child. 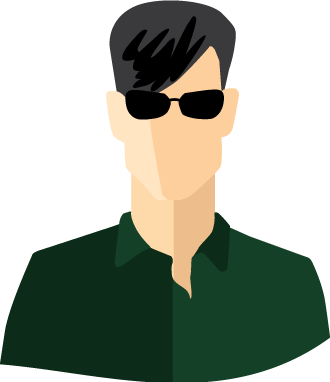 I wish I got enough annual leave to spend all of the school holidays with my kids, but unfortunately I don't. Luckily some of the local childcare centres run some really good vacation care programs to keep the little monkeys occupied and out of trouble while I'm at work. They have lots of excursions to fun places and they run some fun activities in the centre too so that the kids don't feel like they are missing out during the holidays. This blog has some tips on how to choose a childcare centre with a vacation care program the kids will enjoy.